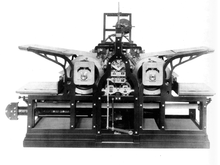 I’ve toyed with the idea of writing Steampunk some day. If you’re asking what Steampunk is here’s a definition via Wikipedia, ” Steampunk is a sub-genre of science fiction that typically features steam-powered machinery,[1] especially in a setting inspired by industrialized Western civilization during the 19th century. Steampunk works are often set in an alternative history of the 19th century’s British Victorian era or American “Wild West”, in a post-apocalyptic future during which steam power has regained mainstream use, or in a fantasy world that similarly employs steam power.”

I’m blogging today over at Christian Fiction Historical Society. You can read the rest of this post there. Enjoy!